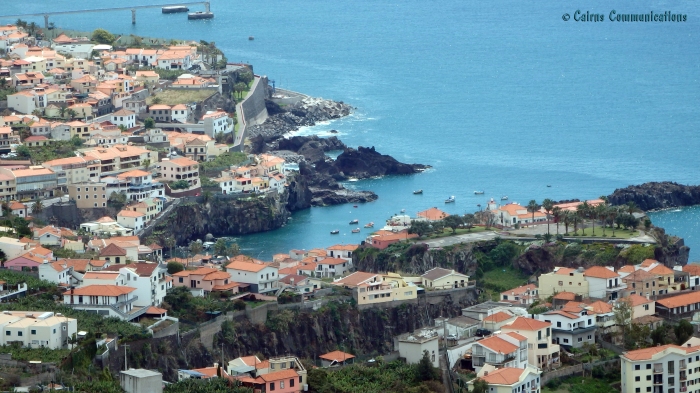 The theme for our ‪‎travel pics this week is M for Madeira.

Madeira is geographically closer to Africa than Europe – it’s about 500km from the North African coast, and a full thousand km away from the European landmass .. but it is considered to be part of Portugal, and hence a part of Europe.

This is a political, rather than geographic decision – but it still means that the 600-metre high cliff at Cabo Girao gets to claim that it is the highest cliff in Europe.

That’s not even close to being true, of course – but that doesn’t stop locals from proclaiming it anyway. Gotta love tourism, don’t you 🙂

This shot is from near there, looking east, back toward the city of Funchal.

One thought on “Travel Pics Theme: M for Madeira”