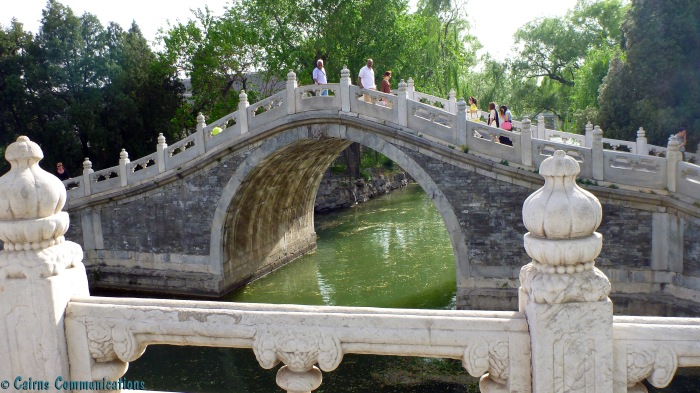 This week, our Travel pics series has been E for East Asia.The final picture comes from the Summer Palace, in Beijing.

A World Heritage listed series of lakes, gardens and palaces, the Summer Palace is considered one of the best examples of Chinese lanscape gardening in the world – as befits its status as the pleasure gardens of the former Emperors of China.

Constriction of the gardens and pavilions began as far back as the 12th century, and continued through the Jin, Yuan and Ming dynasties … but by the time of the Qing dynasty, it has started to fall into disrepute – and had even been sequestered for cavalry horse stables.

However, at the end of the 19th century, and absolute fortune was spent on restoring parts of the complex, to pay tribute to the Dowager Empress – and today, it is a popular spot for tourists and locals alike.

Millions of people visit each year, and a staff of 1500 are required just to maintain the complex.