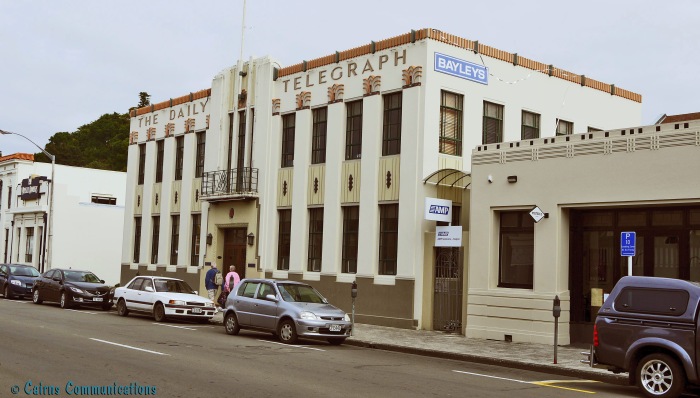 Napier, New Zealand, is world renowned for its Art Deco buildings – it has such a smorgasbord of structures on display that it could take days just to photograph them.

But WHY does Napier have so many?

One of New Zealand’s nicknames is “The Shaky Isles” – because it sits on the boundary of the Australian tectonic plate and the Pacific tectonic plate.

The constant grinding interaction between those plates makes New Zealand particularly susceptible to earthquakes – in fact, there are more than 100 quakes large enough to be felt in New Zealand every year, including several of around magnitude 6 or so. Magnitude 7 quakes are more rare – once every decade or so .. and magnitude 8 quakes about once every hundred years.

The deadly Christchurch quake of 2011 was a 6.3 – but its large death toll was a special case. Nearly two thirds of the 185 people killed were in a single building – a building that had been damaged by another quake six months earlier, but was allowed to be reoccupied.

The Hawkes Bay quake of 1931, on the other hand, was even more deadly. 256 people died – but unlike Christchurch, the victims were in buildings all over Napier and nearby Hastings.

In fact, the entire town of Napier  was virtually destroyed by the magnitude 7.8 quake, with very few buildings left standing after the quake (and its 525 aftershocks!)

The Dominion newspaper said “Napier as a town has been wiped off the map” – but from the ashes and rubble rose a phoenix, as it were.

The decision was made to rebuild, using stronger materials – in the aspirational architectural style known as ‘Art Deco’.

It was a deliberate decision – authorities wanted to show that the future was within the grasp of those who had been so badly shaken.

While Art Deco covers a multitude of styles, the common themes are of speed, of rising, of striving and of optimism.

There are lots of curves, and spires, and straight lines and geometric patterns .. and for its fans (like me) it cannot help but make the heart swell.

Just before the ’31 Quake, Napier’s Daily Telegraph had described the city as the “Nice of the Pacific” .. and so when it’s building was destroyed in the quake, its publishers decided to put their money where there mouth was, and rebuild in grand style.

There are, as I say, lots of lovely Art Deco buildings in Napier – and the rebuilt Daily Telegraph building is one of them.