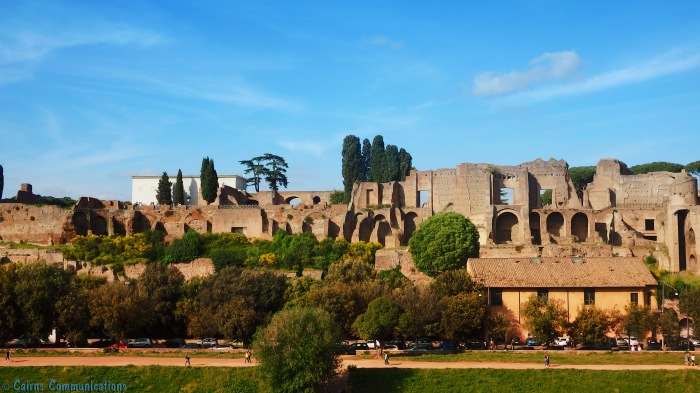 This week’s series of pictures are from Rome, the Eternal City.

We start with one that is not quite what I was expecting – the Circus Maximus.

When I hear the name, I’m reminded of chariot races like that in Ben Hur, with tiers of seating for 150-thousand people, and spectacles both glorious and gory.

That’s partly conflating the Circus with its more famous nearby stadium, the Colosseum – but there WERE some pretty large large events staged at the Circus.

It was, of course, the premier chariot-racing venue in Rome, and was used for Ludi, or games, for about a third of the year.

There were ‘beast-hunts’ on specially built stages, and some of the largest religious ceremonies ever seen in Rome, all under the watchful eye of the patricians on the overlooking Palatine Hill.

But fires in the first century, and quarrying in the sixth – and then floods and dumping through the Middle Ages – meant that the original track at the Circus is now about six metres below current ground level.

And the Circus Maximus has returned to its original use – as a large park-like area used as a gathering place for music and rallies.