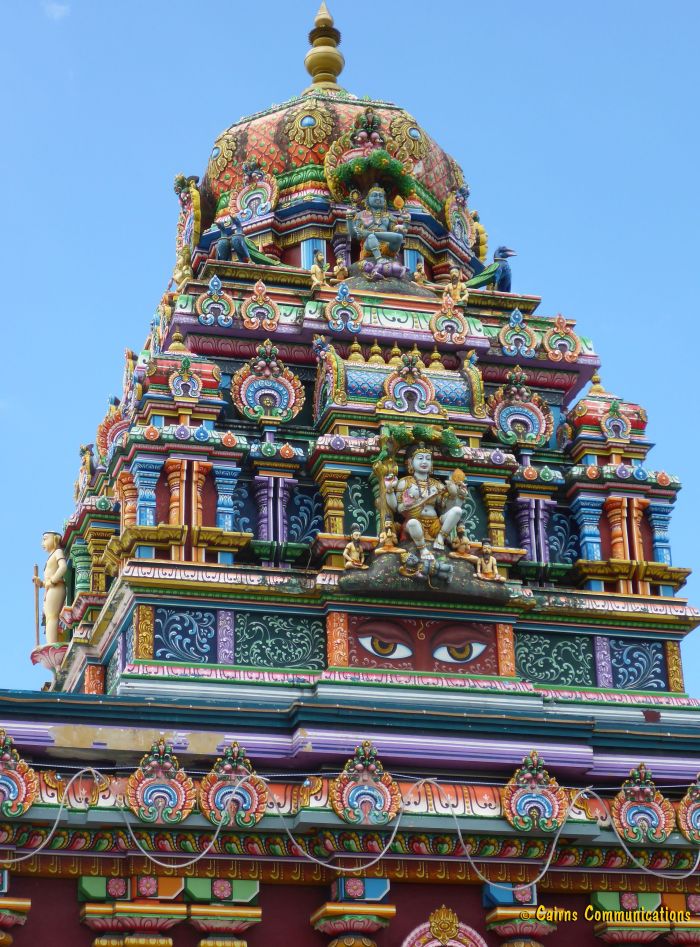 The Sri Siva Subramaniya Temple is in Nadi, Fiji – and it is, like many Hindu temples, a continuous work-in-progress.

The ceilings inside are covered in murals depicting adventures of the gods and scenes from the vedas – and as soon as the ceiling is covered, a section is whitewashed and a new mural is painted over it, so that the work is never completed.

The Sri Siva Subramaniya temple was built in the 1980s, over an existing temple that dates back to the turn of the 20th century or before.

It’s built in the Dravidian style (not often seen outside India) and is dedicated to the deity Murugan, or Subrimaniya (amongst other names).

He is a god particularly honoured in the South of India, as the god of war and victory, and whose statue, specially carved in India, is housed in the main temple.

The second part of the complex is Ganesh temple, while the third section is the Meenakshi and Shiva temple.

It’s at the end of Nadi’s main street, and is surrounded by an expanse of concrete – which can prove problematic to those with sensitive tootsies.

You take your shoes off at the entrance – and it’s amusing to see tourists literally hot-footing across the cement which has absorbed the heat from the hot Fiji sun .. or at least it’s amusing until it’s your turn 🙂