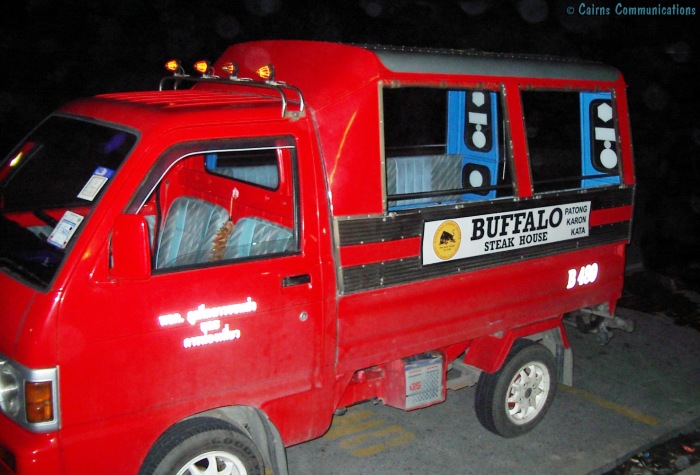 The theme for our ‪‎travel pics this week is Public Transport.

Across Asia, Africa, and Central America, a three-wheeled ‘auto-rickshaw’ has been a favoured form of transport for nearly a century.

Known by a variety of names, they are almost universally called Tuk Tuks in Thailand, because of the noise their two-stroke engines would make (Tuk-Tuk-Tuk-Tuk..)

Strictly speaking a Tuk Tuk has only three wheels (one forward, two back) and are based on a motorcycle – but in recent years, the name’s come to be used for a wider array of vehicles, like this one in Phuket, Thailand.

It’s actually a converted small van (something like a Diahatsu Charade) but with seats for up to 8 people in the back.

This one plied its trade between Patong, Karon and Kata beaches – carrying mostly westerners from resorts to restaurants, etc.