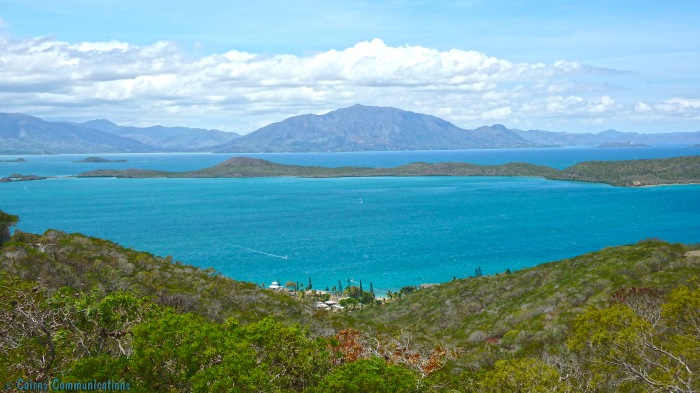 The theme letter for our ‪‎travel pics this week is Y – for You should see the view!

This picture’s in France, believe it or not – but not in Europe.

It’s a view from Noumea – in fact, from the Ouen Toro lookout.

Now Noumea is the capital of New Caledonia, in the South Pacific – so how can it be in France?

Well, for now New Caledonia (like other French colonies in the South Pacific and Caribbean) are in fact considered as much a part of France as the 7th arrondissment of Paris.

That may change. of course, as there have been persistent attempts by some to seek independence.

Since 1953, residents (including the native Kanak people) have had French citizenship – but many feel they would be better off independent.

That led to violence in the 70s and 80s – but local Kanak activists, French politicians, and anti-independence kingpins who held control of local affairs negotiated the Matignon Agreements in 1988.

That set the groundwork for the Noumea Accord which promised a 20-year transition gradually to local government. You’ll note that 1988 is closer to 30 years ago – but these things nearly always take longer than expected.

But back to the view – Ouen Toro lookout is in the southern outskirts of Noumea, on Grand Terre – the main island of New Caledonia.

There are gun emplacements there, dating back to Noumea’s role as headquarters for Allied forces in the region in World War Two, and spectacular views.

If you look carefully in the middle of the picture, you’ll see sailing skiffs and windsurfers .. the bay below and the beaches nearby are a playground for locals and visitors alike.

3 thoughts on “Travel Pics Theme: Y for You should see the view”