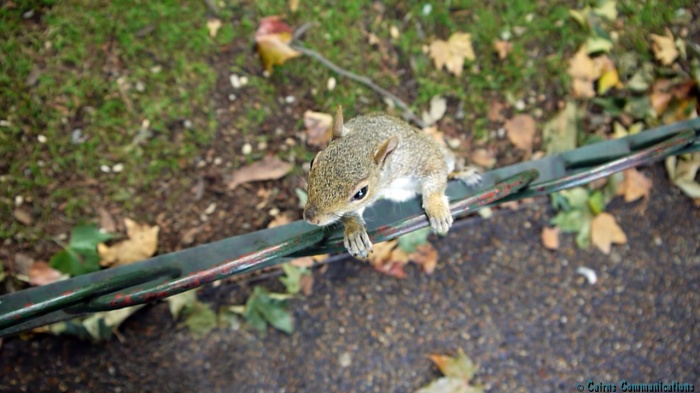 This week, our letter theme is Z, for Zoology.

London had, for centuries, a thriving population of Red Squirrels, which frequented its parks and open spaces.

But This, as you might have noticed, is not Red. It’s Grey.

That’s because someone let loose breeding pairs of Grey (American) squirrels in the 1870s – and they all but replaced the Red (by the 1920s, there were none left in London)

These cute and inquisitive little creatures thrive in the parks of London (there are, in fact, around two and a half million Grey squirrels across the UK) and they are a delight to photograph.

But they are also considered a pest by many – and can, apparently, bite by accident if you are hand feeding them.

They are particularly partial to unsalted peanuts, apparently.

One thought on “Travel Pics Theme: Z for Zoology”