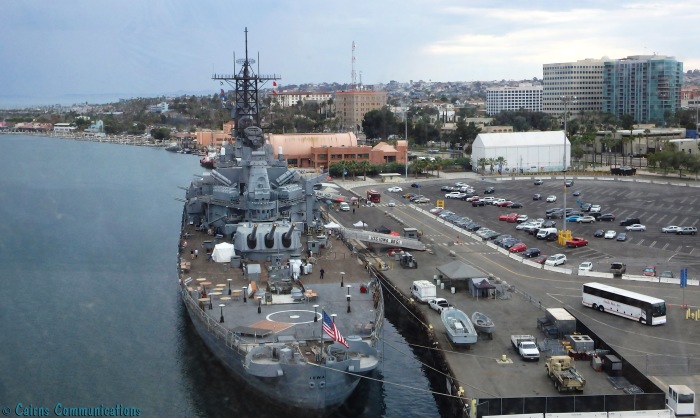 Imagine, if you can, what it must have been like to stand in the gun battery on a floating weapon of war – where the barrels of your guns are 16 inches, or nearly half a metre in diameter.

Imagine that the shells that scream away from its innards can travel up to 23 miles, or 37km, before falling, to explode with amazing destructive power, on your enemy.

Imagine that the hell you just unleashed could cross the English Channel, or travel from the Golden Gate Bridge to Oakland, or from Sydney’s CBD to Cronulla, in a single shattering shot.

And then imagine, if you can, an explosion inside that self-same gun battery – killing 47 sailors in the US Navy’s worst-ever peacetime tragedy.

The USS Iowa, a mighty battleship launched just seven months after the US entered World War Two, had a proud history in that war, in the Korean war, and in a variety of NATO operations and the conflict in the Persian Gulf.

But she is perhaps best known for the 1989 incident where nearly 50 sailors were killed – an explosion initially (and erroneously) blamed on a suicide by a lovestruck sailor who had been involved in an illicit gay relationship with another sailor. Unfortunately for that theory, the sailors weren’t gay and weren’t in a relationship. Oh, and the physical evidence showed it was almost certainly an accidental ‘over-ram’ of gundpowder, not some nefarious chemical or electrical detonation. Ah, Well.

Anyway, the USS Iowa is now a floating museum at Pier 87 of the Port of San Pedro – the main port of Los Angeles – directly in front of the cruise ships which use the World Cruise Center.

LA has two major cruise terminals – Long Beach (home to Carnival ships and those of her sister companies) and San Pedro (home to the rest). San Pedro’s World Cruise Centre has three Cruise Ship berths servicing a million passengers a year – and many of them take to opportunity to visit the USS Iowa Museum before they embark, or after they return.

On board, visitors get to see the gun batteries we spoke of (the largest ever built on a US warship), the missile decks (a later edition, long after her service in the Pacific theatre), and even President Roosevelt’s Bathtub! (The US President once sailed on the ship to a top-secret meeting in Europe – but since he was confined to a wheelchair and couldn’t use a shower, a special bathtub was built for his use).

The museum’s been operating for around 4 years, and is (as I say) becoming increasingly popular with cruise passengers.

But even those travellers that don’t go on board the warship can’t help but be awed by the Iowa – and her bristling armaments.

As they sail away on their larger, and much more peaceful, vessels.