I was offended as I watched a 60’s era anti-American propaganda film on the bus yesterday, as we drove toward the Cu Chi tunnels northwest of Ho Chi Minh City.

Oh .. I wasn’t offended by the fact that it was propaganda. I was offended that it was so badly done, and yet was still being played to busloads of tourists – mostly westerners – 50 years later.

But I wasn’t surprised. This is, after all, a communist country – at least in theory.

I wrote earlier this week about the gushing reports of the five-yearly Communist Party Congress.

And Vietnam war era posters, like the one above, are everywhere in markets and bookshops.

But it’s interesting that I use the term Vietnam War – because they don’t use that term here.

It is a truism that the victors get to write the histories – and there is no doubt that the Communist Party, or Cong,  was the eventual winner after more than half a century of battles.

But I have to say that they aren’t doing themselves any favors in a largely border-less world  by sticking to the old cold-war era rhetoric. 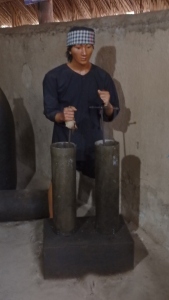 For example, it could be argued that the bad-guys in the second Indo-China war were the Viet Minh supporters who simply ignored the Geneva accords of 1954, and continued to attack the legitimate government in Saigon – prompting the Americans, and other members of the South East Asian Treaty Organisation or SEATO to come to the aid of an ally.

In that case, the invaders were the North Vietnamese puppets in the Viet Cong – but that’s not something that is even allowed to be discussed here.

A personal disclaimer here – I was an opponent of the war at the time, and still believe that we should not have been involved in morally indefensible actions like  carpet-bombing, napalm and spraying Agent Orange.

But that doesn’t stop me from disliking propaganda.

I hated “The Green Berets”, for example – it was such a transparent piece of pro-American nonsense that I laughed at some of its ham-fistedness.

And as I mentioned, there are propaganda posters for sale in markets all over the country: a sign that they have become ironic, rather than effective. 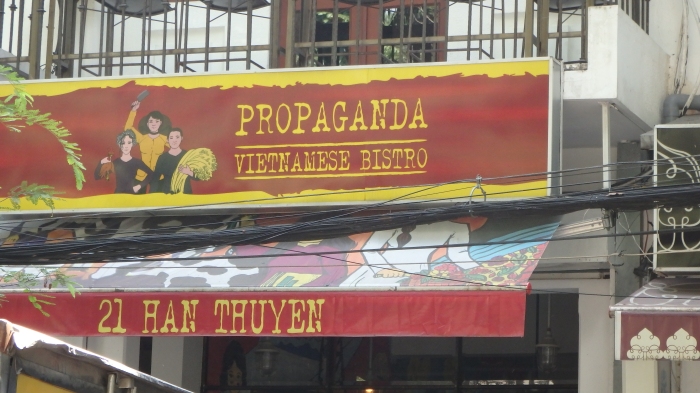