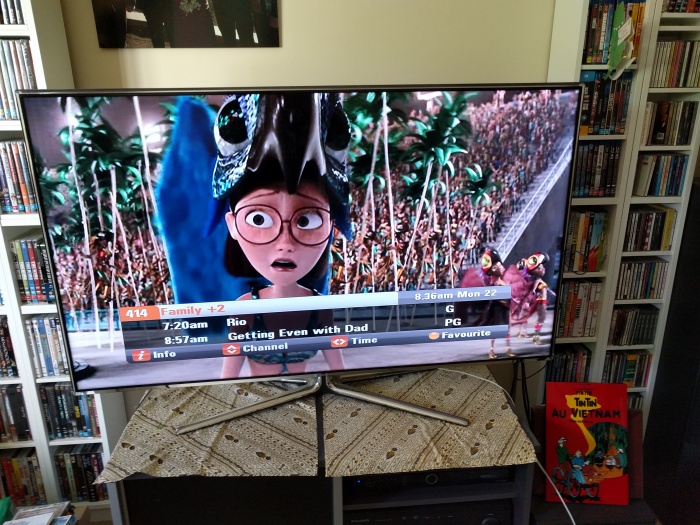 You may remember about six weeks ago I looked at Young Adult fiction, and it’s appeal to adults.

The general feeling was that the books appeal to a large number of adults because they are satisfying – presenting complex ideas in relatively simple ways, and reaching conclusions that are in the words of one an analyst “uniformly satisfying, whether that satisfaction comes through weeping or cheering.”

Well, there are some movies that work exceptionally well for adults as well as kids – the Toy Story series, for example, or Wall-E, or the Hunger Games, Harry Potter and Divergent franchises.

But others, like the Percy Jackson films, just don’t strike the same chord.

I have had cause to watch a number of kids movies in the past few weeks (don’t ask – it’s a long story) .. and it’s interesting. One of them I quite enjoyed, one I thought was cute, and one I watched to its conclusion merely because I’d already invested an hour, so thought I should complete the journey.

It comes down to writing, of course – and to the sly digs that are inserted specifically for the grown-up audience.

Inside Out, an animated exposition of a young girl’s emotions and thought processes, was probably the best of the three at ‘bridging the gap’.

While the movie was clearly aimed at a young audience, there were a number of segments that worked on multiple levels.

The same holds true, albeit to a lesser extent, with Brave – another animated movie that had some sops to the adults watching – but this also had the traditional Disney song for no apparent reason, for example. The message was also even more transparent than Inside Out which is fine, as far as it goes – but like most Disney films, it tended to the saccharine.

But at least it had some wit about it. Whereas Goosebumps (the Jack Black movie from last year, based on the series of books by RL Stine) was very disappointing.

I don’t know why I expected better – after all the RL Stine books are only OK (at best) and Jack Black mugs the camera almost as extensively as Adam Sandler does. 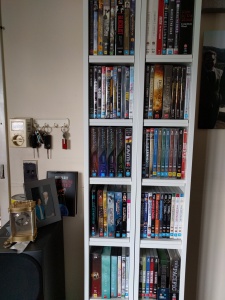 But whatever the cause, this just fell flat.

It was patchy and uneven, as if it couldn’t decide what sort of movie it wanted to be – and even the post-climax resolution feels “twee” (spoiler alert – two crucial characters, believed to have been dealt with, make a reappearance)

From a grown up’s perspective, however, the main thing was that we weren’t even considered as a potential audience.

Because this movie was aimed at an audience that wouldn’t want its parental units to go with them, there was no need to inject something for those parents.

So what’s that all mean? Not much, I guess – I just found the comparison with YA books to be interesting.

Now – back to my grownups film and TV viewing. You gotta love Netflix / Stan / Presto / Foxtel / Fetch …Hmm think that may be a bit of overkill? 🙂