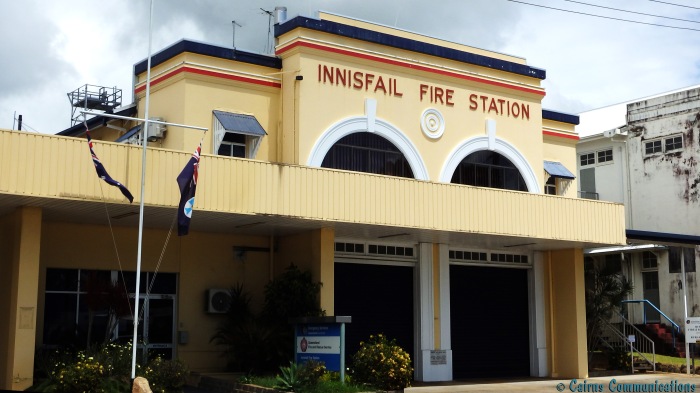 This week, our Travel pics series is I for Innisfail.

One of the problems of being a small town in the shadow of a larger, more famous regional centre is that you are .. well .. in the shadow.

And Innisfail is in just that position.

It’s a lovely town and it has a proud history but every effort it has made to cash in on the tourism boom has fallen on rocky ground.

It’s only an hour by car from Cairns – the centre of Far North Queensland tourism – but it might as well be a million miles away.

It has a lovely riverfront, and some beautiful parks, and a nice-enough beach, and some great views .. but the Great Green Way as it is known just doesn’t seem to attract the visitors.

They all go north from Cairns – to Port Douglas, or Cape Tribulation, or the Daintree; or further south to Mission Beach and Dunk Island.

But as for Innisfail itself? Not so much.

One thing the town of 7,000 residents DOES have, however, is its Art Deco buildings.

Many of the buildings constructed in the agricultural boom after the cyclone of 1918 were built in the aspirational style of Art Deco .. and even today, many buildings adopt that style to give the town a certain charm.

There are examples all around the town centre – and in fact you can pick up a walking-map from the library to see examples like the Fire Station which is opposite the riverfront.

But it is also a throwback to an earlier age – when cornices and lintels were styled to make you think of progress, and speed, and of a rising, thrusting future.