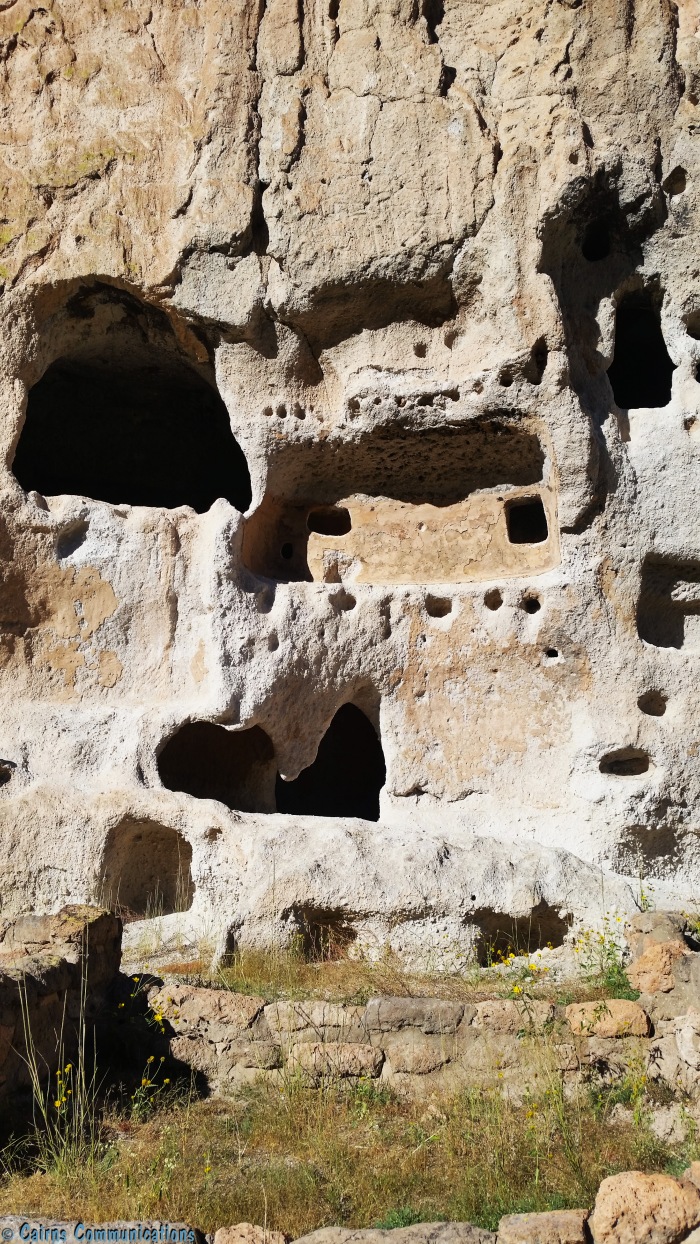 I got to climb into the mouth of the ancestral enemy yesterday .. at least in a manner of speaking.

As part of our road-trip across America’s western states, on Tuesday, we got to peer back into history – and beyond, to the lands of the people now known as the Ancestral Pueblo people.

Until recently, they were known as the Anasazi – but that is actually a Navajo term meaning “Ancient Enemy”, and so it is considered insulting – to define a people by their enemies, rather than on their own terms.

(The legend of the ‘mysterious disappearance of the Anasazi is in fact just that – a legend. After the arrival of Europeans, many of the the Ancestral Puebloans religious and cultural rites were simply sublimated by the influence of the conquerors .. but there are still many echoes observed by modern Puebloans)

In any case, the Ancestral Pueblo people inhabited this region of New Mexico along with parts of Arizona, Utah and Colorado, for thousands of years – they supplanted nomadic hunter-gatherers and began formal agriculture (with corn, beans and squash being the staples) – and began building self-sustaining villages, with brick-and-timber buildings dug into the earth .. and cave-dwellings which are the hallmarks of their society.

The remnants of one such village is at the Bandelier National Monument, just a mushroom-cloud away from the nearby Los Alamos.

It’s an amazing site.. and well worth a half-day’s visit or so.

There you will find the remains of the village of Tyuonyi (pronounced Qu-weh-nee) – which might have housed a hundred people or more in its main structure, and more in the avates (small cave-rooms) carved into the Tuff, or volcanic-ash rock walls of the cliffs overlooking the village.

While these cavates aren’t as impressive as the full-blown Cliff Palace at Mesa Verde in Colorado, they are still quite awe-inspiring.

Which is why it is disappointing that one of the cavates – a ceremonial kiva, or place of learning, has to be ‘re-smoked’ each year to blacken the walls and ceiling – to cover up the graffiti left by modern visitors 😦