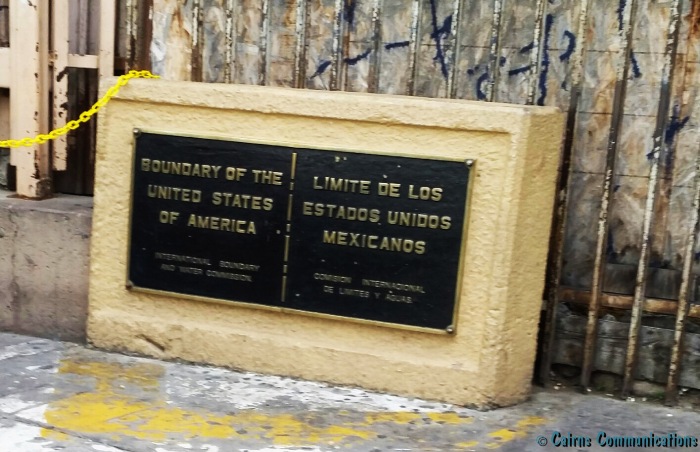 Shouldn’t there be a wall here?

This is the border between Mexico and the United States.

So is the entire state of Hawaii.

You see, in 1953 the US Department of Justice interpreted the Immigration and Nationality Act to say that there is a 100 mile zone surrounding borders … and that includes border crossings, or “ports of entry”.

So if you can fly from Mexico City to Honolulu, then Honolulu is a ‘border crossing’ – and the 100 mile zone applies.

Hence the whole of Hawaii is part of the border with Mexico – as are the states of New Jersey, New Hampshire, Michigan, Maine, Massachusetts, Florida, Delaware and Connecticut.

In fact, two thirds of the US population lives within 100 miles of the border, under that doctrine.

Of course, I’m being a bit disingenuous … the actual Mexican border is the Rio Grande from the Gulf of Mexico to El Paso / Ciudad Juarez- and then a land border from there to San Ysidro / Tijuana.

And it is the land border that is subject to plans for a wall – to prevent ‘undocumented’ Mexicans from crossing illegally into the United States.

Whether the wall will ever be constructed is another issue – President George W Bush tried to establish something similar in 2006 – but it was abandoned in 2010 after just 600 miles, each mile costing around 2.8 billion dollars.

But leaving aside the wall, there are huge numbers of people who cross the border legally each year … at Tijuana / San Ysidro alone there are 50-million-plus crossings each year.

In fact, some estimates are that one in five Mexicans will work in the US at some stage in their lives – and nearly 10% of the workforce in Tijuana works in and around San Diego.

And a serious number of them walk past this marker each day.