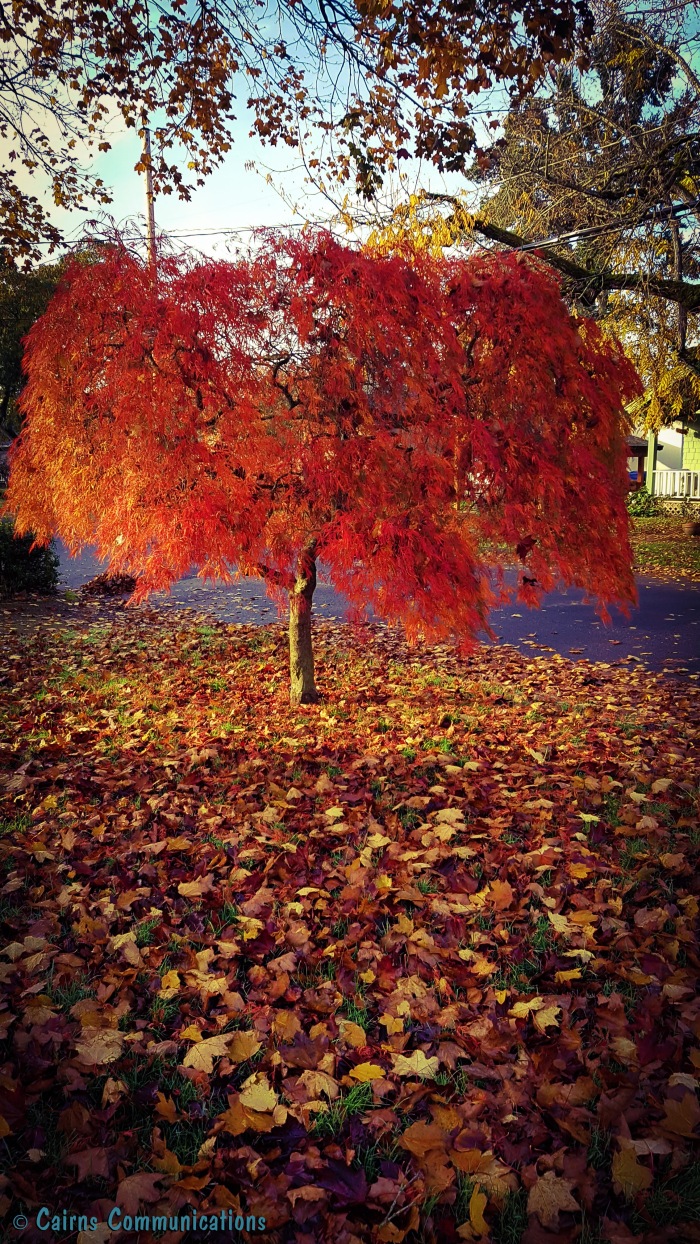 This week’s series of pictures are those that remind me of some favourite quotes – like Joyce Kilmer’s famous poem “Trees”.

“I think that I shall never see a poem lovely as a tree. A tree whose hungry mouth is prest against the earth’s sweet flowing breast”

The tree ‘prest against the earth’ here is in Portland, Oregon, and its fall colours captivated Shirley and I as we wandered through the suburbs of the quaint city.

Portland is a city of about three million people, and its main claim to fame is that it is .. weird 🙂

In fact, there’s an unofficial campaign to “Keep Portland Weird”, what with its famous UniPiper – a kilt-clad musician who plays flaming bagpipes while riding a unicycle, and its Voodoo Donuts – where people regularly queue for 30 minutes or more.

It’s an incredibly ‘liberal’ city (compared to the conservative culture in much of Oregon) and is one of the most environmentally friendly cities in the world.

It also has a huge array of trees – like this one, in the city’s Northeast neighbourhood.

One of the reasons that we chose Autumn for our most recent trip to the US was to see the changing colours – and we were fascinated to see those changing leaves in Colorado, and New Mexico, and Oregon.

And because we stayed mostly on local roads and highways, rather than America’s massive Interstate roads, we got to see an awful lot of those trees – rather than the advertising hoardings that prompted Ogden Nash to parody the poem with his immortal lines “I think that I shall never see a billboard lovely as a tree. Perhaps, unless the billboards fall, I’ll never see a tree at all.”