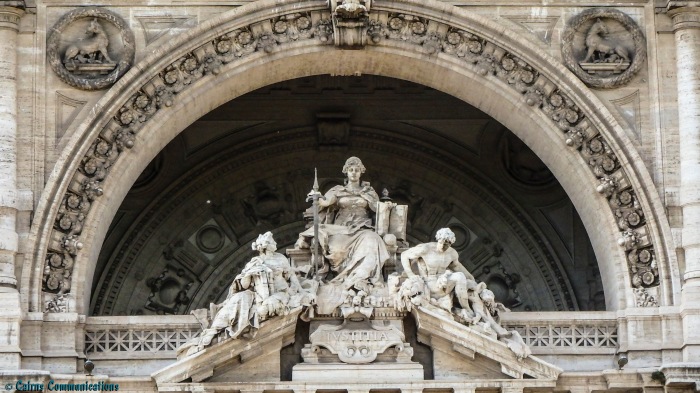 I remember as a kid reading about the Code of Hammurabi from 1800 B.C. – one of the oldest examples of writing ever deciphered – and was fascinated by it.

The thing that intrigued me most was that it was a codified set of laws that imposed obligations not just on the ruled, but also on the rulers .. for example, it contained clauses that spoke of the impeachment of judges for malfeasance.

And even as a pre-teen, I was something of a ‘social-justice warrior’, concerned with the issues of inherent fairness, etc.

Now, over the years, I have become much more cynical – and recognize that laws are all too often flouted by those with their hands on the levers of power .. but I still value the protection that the law gives us all.

In Shakespeare’s Henry VI, for example, a character says “first thing we do, lets kill all the lawyers”. The intent of that mass killing was to throw the realm into chaos, by making the law unworkable – allowing for overthrow of the king and usurping of power.

And while the law may sometimes be (as Mr Bumble says in Oliver Twist) “a ass, a idiot”, it’s OUR ass, OUR idiot.

Which brings me to today’s travel pic – the Corte Di Cassazione building near the Castel Sant’Angelo on the banks of the Tiber.

The “Palace of Justice” is, unlike many of the grand buildings of Rome, relatively modern – having been constructed between 1888 and 1910. That 22-year construction period is important, and we’ll get to it in a moment.

The building is quite large (170m x 155m) and quite imposing – as you come across the Ponte Umberto bridge it completely fills the field of view – and features some exquisite decorations like the statues above the main entrance, seen in today’s picture.

But the decorations, the cost, and the length of construction led to suggestions of corruption, and a parliamentary commission of inquiry.

In the end, the commission (as with all political inquiries) was unable to lay proof one way or the other – but local opinion was unequivocal .. the nickname for the building is the Palazzaccio, or “Bad Palace”

Which might sound like a failure of the law that I praised at the start of this article.

But without the law, investigations would never have even been announced.

In any case, it’s a lovely building, and as the home of the “Corte Di Cassazione”, Italy’s highest court, it is the heir to Hammurabi’s code – and of the “12 codes”, the Roman equivalent from 500 B.C.

One thought on “Travel Pics Theme: R for Rome. Palace of Justice”