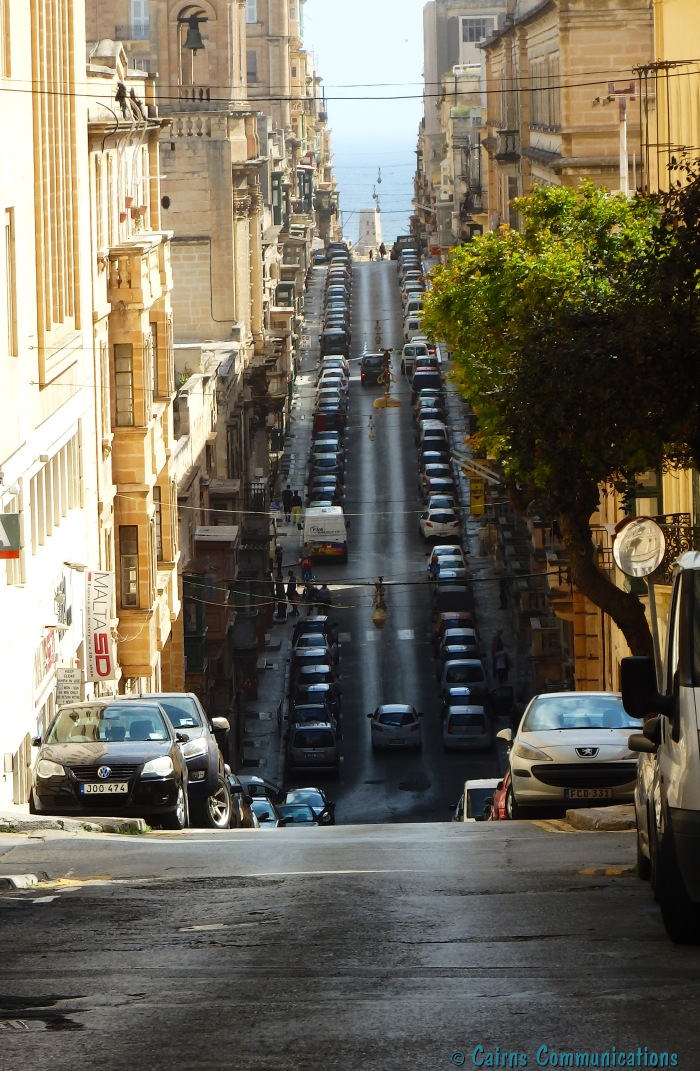 This week’s theme is V, for Valletta.

And I thought San Francisco’s streets were steep!

Valletta is a lovely city to look at – full of history, and culture, and religion.

But unless you are a mountain goat, there are some streets that are .. lets call them a challenge 🙂

Like the Triq-L-Ifran, or “Old Bakery Street” looking down toward Fort St Elmo.

Valletta was built on a ‘grid’ pattern – which is not unusual in countries like Australia, but IS unusual for European cities.

Most European cities just ‘Growed, like Topsy’ … but Valletta was one of the first to be built from scratch on what we today would call a green-fields site.

After the great siege of 1565, the Knights of St John decided to build what they called “a city built by gentlemen, for gentlemen” on the land that the Ottomans had used to lay siege to them.

And they called in Francesco Lapparelli, probably the foremost engineer of the time – who decided on the grid system, to make for more efficient sanitation, and water delivery, etc.

The system has become the norm today – but for the time, it was considered revolutionary.