Majorca (or Mallorca, as it is also spelled) is probably best known as a tourist destination to middle-aged Brits for decades – even as their younger fellow-travellers head elsewhere in the Balearic Islands – notably to Ibiza.

It’s also home to thousands of expatriate Britons – although whether that will continue post-Brexit is a question only the future will answer.

It’s also a favoured destination of Germans, and of Spaniards from the mainland – but of course it has a long, proud history in itself.

But in the 1200s, James of Aragon conquered the whole of the Balearic Islands, and it remains under Spanish rule to this day.

James’ son James II (imaginative naming, that!)  got involved in an ill-fated bunfight with his brother Peter II of Aragon – and then retired to the Balearic islands to lick his wounds.

He then set about modernising the island kingdom – particularly Majorca – and in about 1229 he started construction of the Cathedral of Santa Marie of Palma.

It took nearly 400 years to complete, and is on the remains of a Moorish era mosque.

The cathedral is a fascinating structure – unlike almost any other of the era (see the Catalan wikipedia entry for details…https://ca.wikipedia.org/wiki/Catedral_de_Mallorca) – and around the outside, there are wide balustrades and lobbies.

And the Jardines del Rey, or S’Hort del Rei (Kings Garden) – which features a brace of white swans.

The Cathedral’s not the only historic building in Palma. There’s also the Bellver Castle, for example – also built for James II (or Jaume II, as he’s known in Catalan).

The Gothic-style castle was built in 1300 by Pere Salva, the architect of the Almudaina Palace, it is unique among Spanish castles in being entirely round.

And like many castles, it was used not just for defence – but also as a prison.  Jaume III’s widow and sons were imprisoned here for most of their lives, for example. 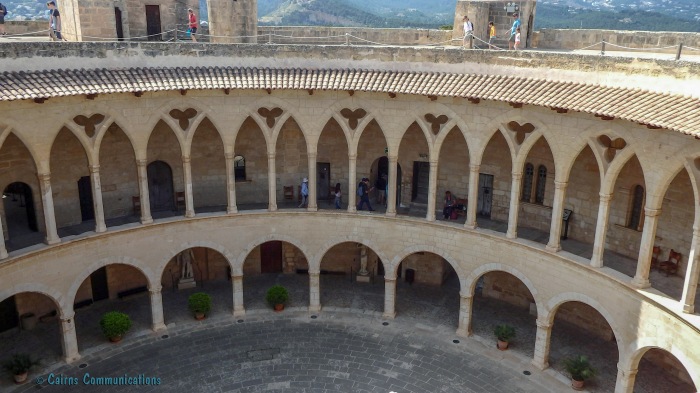 It wouldn’t have been pleasant – but at least they would have had a “beautiful view” – which is, in fact, how the castle got it’s name.

That role as a prison continued though to the 18th century with political prisoners, academics and intellectuals housed there  until the Spanish Civil War

These days, the castle is home to the City History Museum, which is highly recommended. It gives a history of Palma and also holds an impressive collection of classical sculptures.

Less impressive, but probably more important for Majorca’s farmers, are the wind and water mills dotted across the island – and especially around Palma. 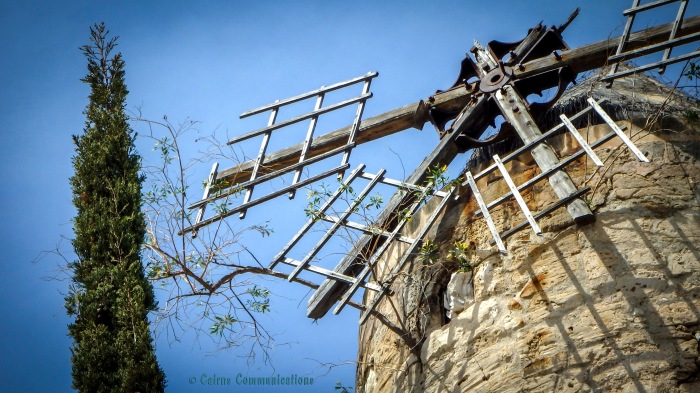 From the 1500s, these mills were a symbol of the prosperity of Majorca – and have become a tourist attraction in their own right.

While there are some that are still operating, many are like those facing the Palma waterfront at El Jonquet, a historic former fishing village which now hosts a windmill museum (as well as lots of bars, and sushi restaurants, and other things to cater for the visitors who come from all over the world.)

Palma is an intriguing city – with narrow streets in the old city behind the cathedral making way to wider, more ‘modern’ style roads – but cycling is quite big in the city (which hosts an international race each February).

It is also the administrative centre of the Balearic islands – and everywhere you go, you see signs of the shared nature of control in the region – with Spanish national flags and those of the EU sharing space with those of the local government. 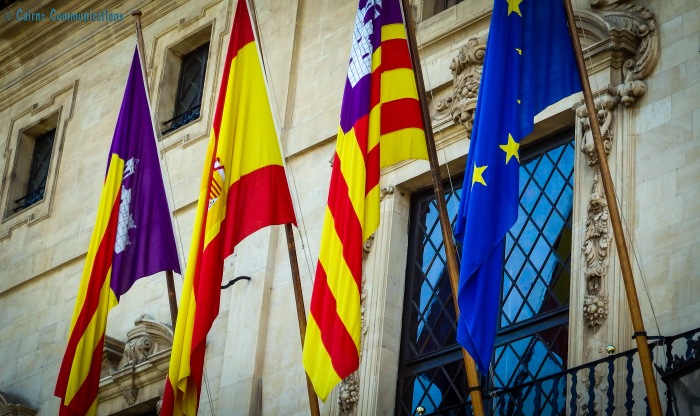 The other things you see everywhere are signs of prosperity – with the tourism dollar (or euro) completely reshaping Palma and the whole of Majorca.

In 1960, Majorca had around half a million visitors – but according to 2017 stats, that’s risen to 10 million – about half of whom are Germans.