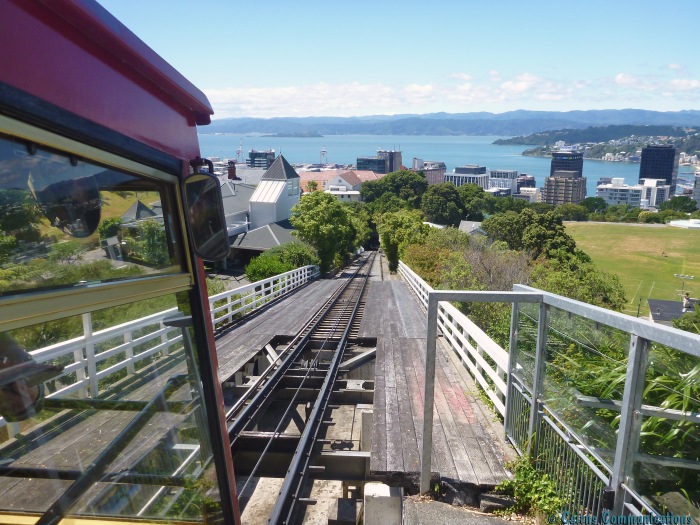 A few days ago, there was some discussion on a Cruise Ship forum I participate in, and the question was asked “When our ship docks in Wellington, what things should we do?”

The most consistent answers were the Te Papa museum, and the Wellington Cable Car.

Strictly speaking, however, Wellington doesn’t have a cable car – instead, it has a funicular railway.

The difference involves the cable, or rope (funis in Latin)

With cable cars like those in San Francisco, the cable cars grab hold of a cable that is being drawn along underground by a whopping great reel in a central location.

And they are not used by local commuters; the seven million passengers each year are virtually all tourists. 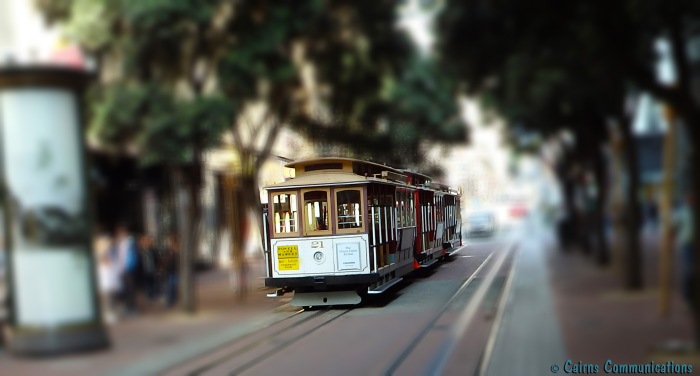 Once you travel on one, you know why: they are clunky, and slow, and inefficient – but so much fun!

Anyway, as I say the cable cars have no motors – instead, there are cables under the streets that are drawn along at a constant speed, wound on giant reels at a centrally located ‘power house’ (which is also the site of the storage garage for the cable cars, and the city’s Cable Car museum)

The cable cars are pulled by those cables, held by a grip that extends from the car through a slit in the street surface between the rails. To start and stop the movement of the car, the gripman closes and opens the grip around the cable.

However, in the case of a funicular railway like Wellington’s, two cars are permanently attached to each by a rope through a pulley – and as one tramcar goes down the slope, it pulls the other up (and vice versa).

It’s a single-track system, so the two cars can only pass each other at the half-way point (where a second bit of track has been laid).

There are two other stops .. and they, of course, have to be an equal distance from the middle – because both tram carriages stop at the same time.

The three stops include one near the Victoria University, which is used mainly by students. In fact, the location of the university was chosen partly because of a land donation by the cable-car company which wanted to ensure ongoing patronage!

Another incredibly popular Funicular Railway is in Hong Kong – the Peak Tram.

It was once the main way to get to and from Victoria Peak, the mountain dominating Hong Kong Island.

These days cars and busses are more mundane methods – but thousands of tourists still take the Peak Tram each week – largely because of the very steep gradient you’ll see in the video below.