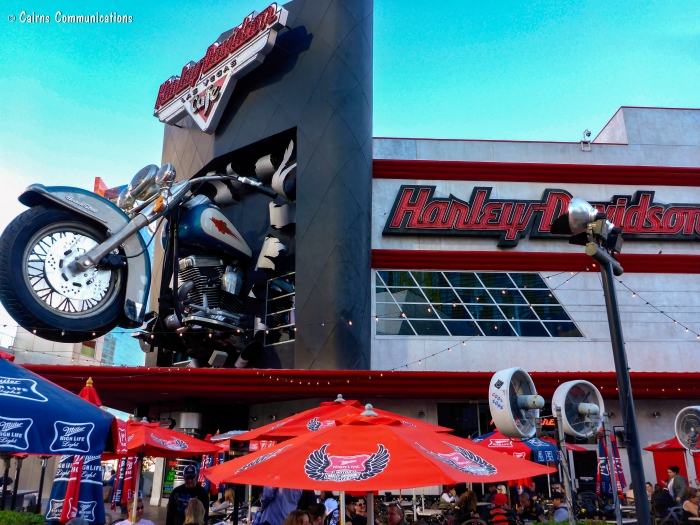 19 years is a long life for a ‘theme restaurant’ – especially for a place as transient as Las Vegas.

So the closure in 2016 of the Harley Davidson Cafe on the Las Vegas strip shouldn’t be surprising – especially after the NY version of the cafe shut down a few years earlier – reportedly without telling staff (who found out when they turned up to work, to find the doors chained)

At least with Las Vegas, it was obvious that the facility was going – after apparently having trouble meeting the rent, the owners announced two weeks ahead of time that they were shutting up shop.

The restaurant had been in decline for some time – this image was taken in 2013, three years before the closure, and as you can see there are a number of empty tables..

And the area of the strip where the restaurant was sited is also a bit run down – home to a strip-mall selling souvenir T-shirts and cut price show tickets – so it’s no great surprise that the Cafe rode off into the distance – perhaps with the distinctive ‘potato-potato’ burble of a Harley-Davidson exhaust.

But it was a genuine icon for Las Vegas – and for many tourists like us, a great photo opportunity.

Although being Vegas, other photo opportunities are not exactly hard to find 🙂