If you’ve ever wanted to go to Stonehenge in England, you may be disappointed to find that for most of the year, you can’t get anywhere near it.

Oh, I am not talking about crowds of tourists getting in the way – I’m talking about physical barriers around the stones, to prevent damage to the historical rock structure. 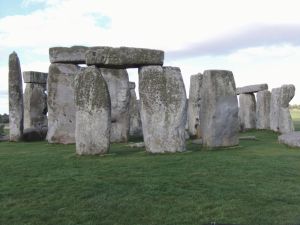 Although perhaps historical is the wrong word – given that the current arrangement of rocks at Stonehenge is, at best, a guesstimation of their original placement.

That’s not to say that there is no value to the visit – indeed, English Heritage has a great visitor centre, and an excellent book for purchase telling you all about henges in general, and Stonehenge in particular .. but if you wanted to get up close and personal, then Stonehenge is not the right spot. 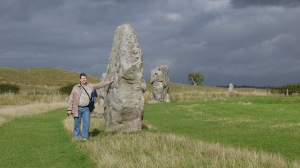 But just 40km away is the village of Avebury – home to the Avebury neolithic monument – a series of burial mounds, henges, and stone circles – including one that dwarfs Stonehenge – and which you can walk up to, and touch.

Strictly speaking, a henge is NOT the circle of rocks that we think of – it’s a bank-and-ditch structure which surrounds the stones.

In the case of Avebury, there’s a mammoth stone circle, and inside that two smaller stone circles. 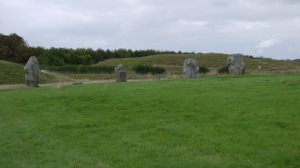 And these are circles that you are welcome to investigate up-close-and-personal, rather than roped off at a distance.

The sheer size of this monument is stupendous .. the henge is a rough circle about 420m across – about four times larger than any others ever found – and the ditch alone was 20 metres wide and 10 metres deep. The ‘fill’ on the mound dates back around 5,000 years – to the new stone age, or Neolithic period.

Within the henge is a great outer circle with a diameter of 330 metres – there were originally 98 sarsen standing stones, some weighing in excess of 40 tonnes. The stones varied in height from 3.5 to 4.2 metres, and the two large stones at the Southern Entrance had an unusually smooth surface, likely due to having stone axes polished on them. 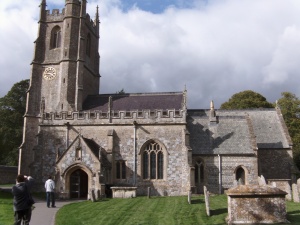 Now, not all of the stones remain – in fact, many were deliberately destroyed at the behest of local Christian leaders who wanted the pagan edifice removed from their sights (much like the Taliban at Bamiyan, or ISIS at Palmyra) – but many are still there, in fields around the village of Avebury.

Also in the village is a church, St James, first built around 1100AD – and featuring a baptismal font that has been used to christen children for a thousand years.

So, for a henge you can handle; for stones you can stroke; for an up-close and personal walk in the footsteps of our neolithic forebears, take a side-trip to Avebury Village – and the Avebury Neolithic Monument World Heritage site. 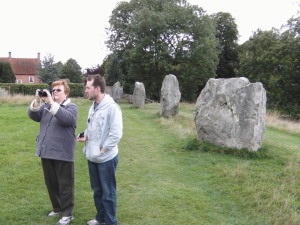 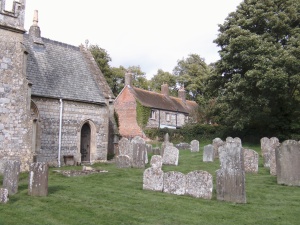 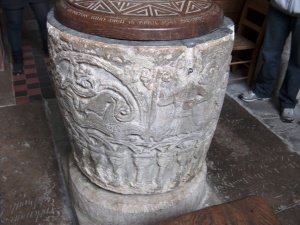 One thought on “Henges you can handle …”