I was involved in an online discussion the other day, ahead of our impending cruise of the South Pacific when someone asked about whether there was clean water available – and whether the water in the bathrooms on board was safe to drink.

The original poster was assured that while the water in the staterooms was safe, they would be better off to refill bottles with chilled water from the buffet restaurant – which prompted me to throw my hands up in horror, metaphorically speaking.

On pretty much every cruise ship I’ve ever seen, there are signs specifically asking you NOT to do that. But its not an attempt to sell bottled water, as some cynics might suggest .. it’s an issue of health.

I’ve never been on a cruise ship that has been struck with a galloping case of gastroenteritis – but those who have tell me it is a particularly unsavoury experience.

Just last year, nearly 15% of the passengers on board the Dawn Princess were confined to cabin, unable to see the sights of New Zealand, as a bug ripped through the ship. 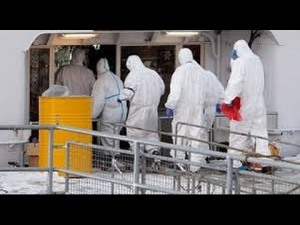 Even worse was the Royal Caribbean Explorer of the Seas in January ’14 – more than 700 passengers, about one in four of those onboard, came down with gastro – in a voyage from hell that was dubbed ‘the spews cruise’.

One staffer on a recent MSC cruise that we took spoke of ships being quarantined for days after arriving back at their destination, passengers unable to get off, and full sanitation crews being brought in to de-bug the vessel.

And the primary cause? Poor hygiene on the part of passengers. 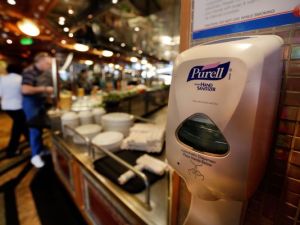 There’s a reason that there are hand sanitiser stations at the entry and exit points of all bathrooms and eateries – as well as near the stairwells and lifts of most ships.

And why there are signs saying not to refill drinking bottles from the cold water spigots (decant the water using a glass, THEN fill your bottle … much less chance of cross-contamination.)

But most of all, please, please, PLEASE wash your hands.

One of my sisters, on our last cruise, spoke of a woman who emerged from a bathroom stall, walked straight out past the hand-basins, straight across the lobby, and straight into the buffet, before picking up utensils and serving herself food.

Unsurprisingly, my sister decided to get her lunch from a completely different section of the buffet that day.

When she told us, I was reminded of a scene from The Gilmore Girls where Rory says something like “.. urine mints…  You know, that’s when people go to the bathroom and they don’t wash their hands and they come out and take a mint from the counter near the cash register. ”

And her mum says “Oh my God, I’ve been eating those mints for years! ”

So have we all … isn’t that a cheery thought? Bon Appetit!

2 thoughts on “What-I-Wonder-Wednesday – why do people ignore health warnings?”