Normally with my Sunday features, I try to conjure up something meaningful – taking a slice-of-life and extrapolating that into something more.

But this week, I’m going to keep it simple.

Go to Lifou. Take a snorkel and flippers. And enjoy.

I saw a discussion on Facebook this week which related to a preference for either ‘sea days’ or ‘shore days’ on cruises.

One contribution said something like “If we are stopping at an island, I treat that as a sea day, and don’t get off.” 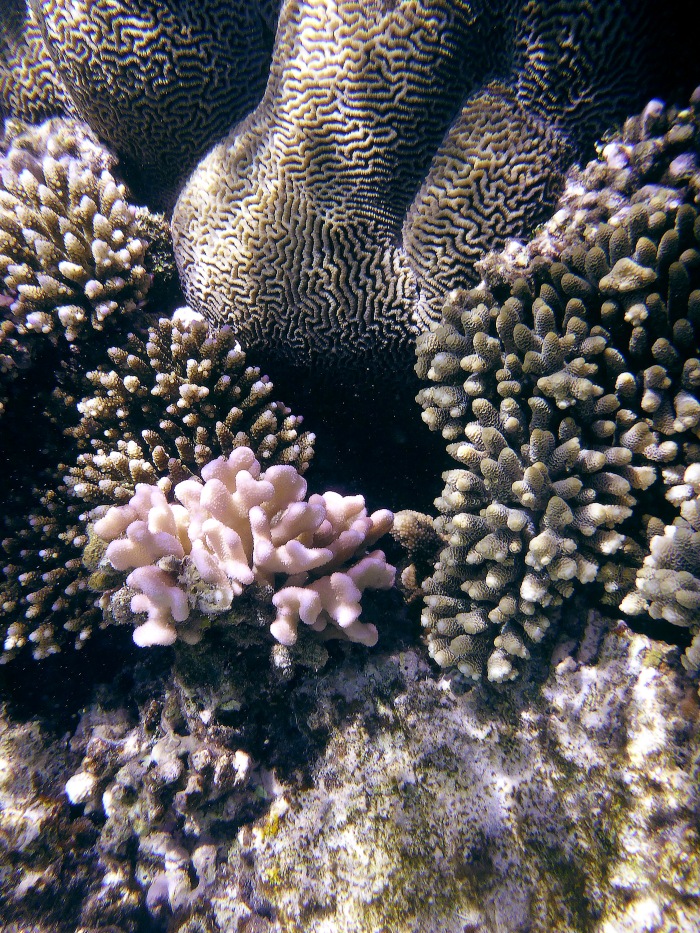 If I’d done that on my last cruise, I would have missed the highlight of my week in the South Pacific.

Now, I’d been to Lifou a few years back, and snorkeled at Jinek Bay.

And was a bit disappointed.

The snorkeling was OK, but not spectacular … and the bay was crowded, with about half the ship in the water at the same time.

This time, the locals have started charging ($A15 for a day-pass to the ‘marine reserve’) and lots of my fellow Princess cruisers said “stuff that – I’m not paying.”

The implication seemed to be that the locals were ‘ripping off tourists’ because this seemed to be an ad-hoc arrangement – not the ‘official’ tickets that we would see to get entry into a National Park, for example.

Discussions on social media suggest that the arrangement is more formal with P&O and Carnival cruises – with those cruise lines, the bookings for Jinek Bay are taken on board and the numbers strictly limited (with no more than a hundred people allowed in the water at any one time.)

Either way, instead of there being hundreds of tourists in the water, there are mere dozens.

That means the coral has recovered, the fish are back, the facilities have improved markedly … win-win, I think.

See for yourself with these images – and start planning to go yourself.

One thought on “Snorkeling at Lifou”