I was in a K-mart store today, when a young staff-member killed the in-store muzak, and nervously took the microphone.

She reminded us all that it was 11am, on the 11th day of the 11th month – and asked, almost apologetically, for a minute’s silence.

As the sounds of the Last Post wafted into the store from the shopping centre PA, I noticed that every customer within cooee had stopped, to observe the silence.

And even kids took note, most obeying their parents’ quiet gestures to shoosh … it was actually quite moving.

Which leads me to the piece below.

I’ve published this before – but since today is Remembrance Day (Veterans Day in the US, Armistice Day / Poppy Day in the UK) I thought it was appropriate to reflect, once again, on those who’ve fought – and died – for us.

I still choke up when I think of it.

Hundreds of plaques; each one representing a young life snuffed out building a railway that their countrymen and allies would bomb out of existence in any case.

Scores of names on a wall, memorializing the men who died as their ship was sunk without warning after the sneak attack on Pearl Harbor.

Thin planks of wood that were the pallets of prisoners facing starvation, privation, and distress.

Each time we have visited a war cemetery, a memorial, a place of reflection, I have grieved at the waste, the loss, the shedding of precious blood.

And yet I go again wherever we travel.

I wonder if my somber reflections would have any meaning for those who have died.

I wonder if I am being disingenuous, given my service was so short – as a young man I joined the navy, but took the first (legal) opportunity to quit, having determined that I wasn’t cut out for life as a seaman.

But one thing I DON’T wonder is whether the sacrifice of the fallen has meaning. Because I know it does.

At Kanchanaburi in Thailand, we allocated a day to travel by bus up from Bangkok to pay our respects to those who died building the Burma railway.

We visited the JEATH museum near the River Kwai to see how POWs from Australia, and Britain, and other allied nations lived and died – forced to build a rail-line that would have helped supply their tormentors.

I stood among their gravestones in the nearby war cemetery, reflecting that all these men had died so young – many of them below the age of my eldest at the time.

And I freely admit, I cried. 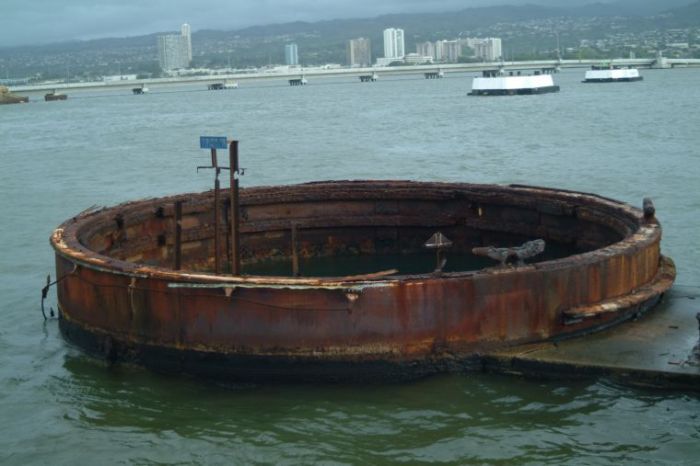 I wept, as well, as we stood above the watery grave that was the USS Arizona, one of the ships destroyed in 1941 when wave after wave of enemy planes flew down, dropping their cargo of death and destruction.

Elsewhere in Hawaii, we paid our respects at the National Memorial Cemetery of the Pacific, final resting place to 34,000 men and women who served and died in their country’s service.

Here in Australia, we’ve visited the War Memorials in Canberra, in Sydney, and at home in Brisbane – and yet I don’t know any of those being memorialized. 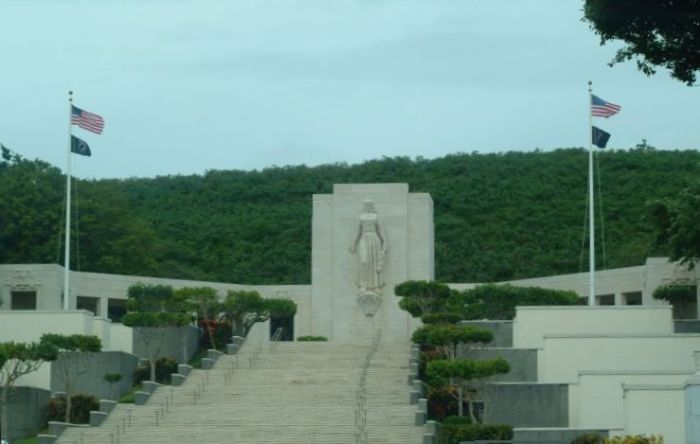 I had an uncle who was a POW, true – and a father who spent two decades and more in the Navy – but I have no direct connection with the dead whose names we see listed.

I have a life that is blessed.

I travel, for pleasure, in a way that my forebears could only have dreamed of. I’ve travelled the world not in the service of my country, to risk my life – but for the sheer thrill of learning new things and seeing new places.

I have a lifestyle that is only possible because I live in a society that is free, and open, and remarkably wealthy.

But that lifestyle, that society, those benefits have all extracted a price. A price that I haven’t had to pay. But those who have gone before me did.

I was reminded of this as we stood and waited for a train that would take us along part of the infamous Burma railway, at a village called Wang Po.

I’d just been examining the railway track, and reflecting that each sleeper along the length of the line represented the life of an Allied POW, or a Thai indentured slave, or a Burmese peasant press-ganged into servitude. 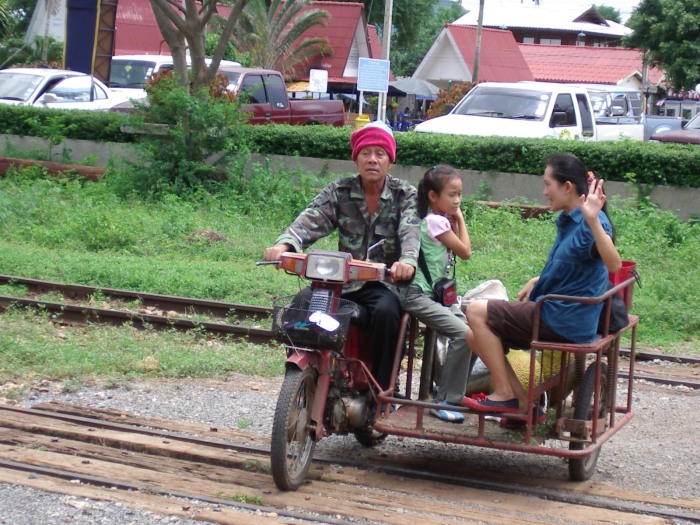 But while I was thinking such thoughts I heard a giggle as a young Thai child, her mum, and dad passed me on a motor scooter that had been transformed into a family vehicle.

And it struck me that those who had died fighting the aggression of Japanese forces had won in the end .. transforming the societies of the occupied countries, and of Japan itself, by their sacrifice.

So thank you, men and women who served, and died, so that we might live.

Rest in peace, knowing that your sacrifice was not in vain.

(I’d appreciate your thoughts – please leave a reply, below)

One thought on “What I Wonder Wednesday – reflecting on sacrifice.”