When I started this blog, I said “Graham and Shirley Cairns have a passion for travel – but unlike many writers, they are doing it on their own dollar. As a mid-fifties couple, with adult children, they are SKINs – ‘Spending the Kids Inheritance Now’. But since they’d like to leave those kids something, they are adopting a ‘value for money’ approach – not being too stingy, but by the same token, not spending as if money were no object.”

And that remains true.

Over the past few years, we’ve travelled quite a bit – but always with an eye to value.

In fact, since we got our first passports 10 years back, we’ve travelled approximately 220,000km – or the equivalent of nearly five times around the world. (Add another round-the-world trip if you want to count flights to-and-from far north Queensland to visit my family, and driving holidays in Australia)

I mention this not to boast – but to mention that on each of the dozen or so overseas trips that we’ve undertaken, we’ve managed to get cheap flights, or cut-price cruise cabins, or reduced-rate guided tours, etc.

The best was a 25-night three-in-one cruise (West Indies, Atlantic, Mediterranean / Adriatic) for $1400 each – in a balcony cabin. That equates to under $A60 a day.

But even that pales into insignificance compared to a Costa cruise I spotted in Fort-de-France, Martinique – if you were ready to go to the next day, you could sail around the Caribbean and then across the Atlantic to Marseilles for just €10 a day – or $A16!

The savings are out there all the time. In the past few weeks, I’ve spotted other ‘bargains’ –  a similar repositioning cruise from the West Indies to Europe, for around $A70 a day, and flights from Brisbane to San Francisco for as little as $A950 for pretty much all of May and June.

I’ve also found how to save 10% on Amtrak tickets in the US – including the USA Rail Pass which allows you to ‘ride the rails’ across most of the US (a trip we are seriously considering for the North American autumn next year), and remarkably cheap domestic airfares – for example, Cairns to Brisbane for $85. 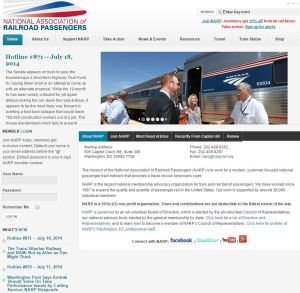 So how do you find these bargains? Well, you could put it down to luck – but as someone once said, the harder I work the luckier I get.

It requires you to keep an eye out – and to set up some systems to help you.

For example, sign up for the newsletters of airlines, cruise lines and travel agencies. They will happily send you their weekly specials, and occasional super-whiz-bang deals.

Visit their websites when the specials are on (for example, Virgin Australia has a ‘Happy Hour’ sale every Thursday afternoon, and Scoot have their cheekily-named Morning Glory specials each Tuesday morning)

And follow their Facebook pages .. liking a page means you are much more likely to see the specials when they pop up.

Another good source of bargains is to use the ‘group booking’ services like Scoopon, Groupon, Daily Deals etc.

However, it’s essential when you look at their deals to take everything into account. If the prices on these deals sound ‘too good to be true’, it may be because they aren’t true.

We’ve grabbed some great deals (our package tour to China in 2013, or our forthcoming Vietnam trip are examples) … but I’ve spotted some that sounded great – until you looked closely at the exclusions.

One other thing .. stay on friendly terms with your local travel agent. They will often spot specials that you won’t get access to otherwise – and if anything goes wrong they can be an absolute godsend.