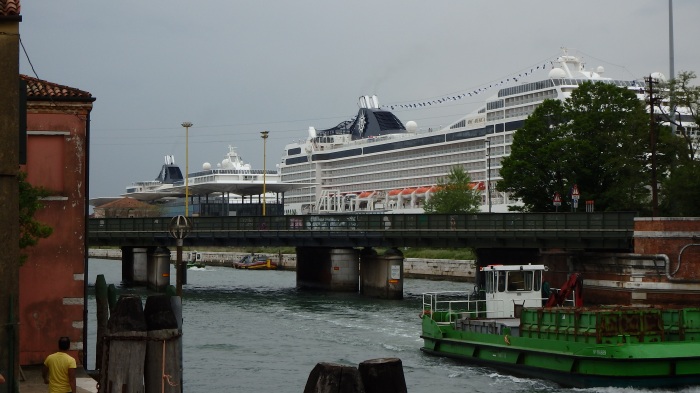 Love cruising? It seems that not everyone loves you!

I was reading an article last month (from the Guardian, on plans by Italy’s Cinque Terre ports to limit the number of tourists) .. and it was amazing how quickly the comments degenerated into abuse of cruising – and of cruisers.

We are described variously as “around 60 and afraid to die without having seen the world”, “environmental hazards”, and “ignorant”.

And the ships that we so enjoy? 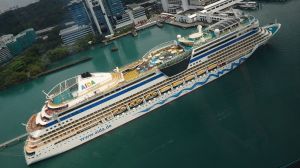 Other posters lament that there are so few icebergs to sink our vessels and drown us all, and say that we cruisers “learn less than nothing about the places (we) tour and return home more ignorant than before…”

So why is it that those who have never cruised believe “stupid cruise ships are a menace and they are killing the oceans as well. I don’t know what people see in being stuck on a hotel boat with a thousand other people all stuffing their faces at a buffet…”?

I can’t actually answer that question – although I will concede that before my first cruise, I looked on the concept with disdain.

But I have to say – some of the insults about cruising (and cruisers) are entertaining if nothing else.

“I would imagine that cruise ship passengers spend next to #$%^ all on shore as everything is provided for them on board. All they do is clog the place up without adding much to the local economy.”

“Anyone who goes on a cruise ship is an environmental hazard.”

“The modern cruise ships only stay a couple of hours or so. In at 8 and out at 3 in the afternoon. Once upon a time in the not-too-distant past ships on cruising duties would stay in port long enough to visit places and see the surrounding district. Even visit the local restaurants in the evening in many ports. But today being on the tub is the most important part.” 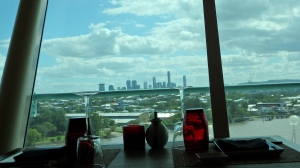 “These cruise ships are an abomination. Their bunker fuels emit toxic exhaust equivalent to millions of cars every day, yet they are often allowed directly beside centres of population. They dump thousands of tons of toxic medical and other waste in international waters, are a perfect breeding ground for viral and other infections, and their sheer size bring untold engineering challenges to the communities they exploit.”

And these are all comments spawned from one single story, on one single website. Crikey!

Now, there are some serious, well-researched criticisms of the impact of cruising: see Farah Makki’s “Citymetric article on Venice and the impact of cruise-ships” or this week’s Conversation article called “Time to rock the boat?”

And it’s obviously a problem in a variety of markets – Matt Lennon from Cruise Advice has obviously also been researching this very subject (great minds think alike? 🙂 )

Anyway, he says “Santorini in the Greek Isles is also considering a limit on ship numbers.”

So, as I say, there is some good, solid research being undertaken into the impact of cruising on stressed tourist destinations.

But for many internet users – most of whom have never been near a cruise ship – it’s easier to take pot-shots like “Cruise ships are horrible invasive giants, could be dangerous (see Costa Concordia just to name one) besides Cruise “vacationers” cannot even spend more than a full day outside the ship in most of cases (or all?), so how do they actually enjoy this”? 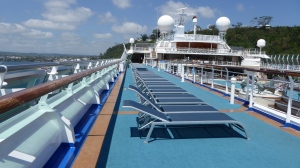 Still, not everyone is blaming us for all the world’s woes … One posted said “Why blame cruise ships? We went to the Cinque Terre 10 years apart, and the walk was crammed with groups of people under 30 attaching locks to the railings, and taking selfies of their groups – virtually ignoring the surroundings. I know old, rich people are the default option for everything that’s wrong with the world – but in this case, they’re not guilty!”

And once posters get fed up with blaming us cruise-ship aficionados, there are plenty of other targets as well .. like “the Chinese” – as shown by the post reading “(Chinese tourists) are barbaric and just push everyone else around!!! Try flying long haul with them.They treat it like a self service & are walking around all the time..SOME EVEN during landing!!!”

Don’t ya love the internet? Even if it costs a squillion dollars for a net connection on a cruise ship – but that’s a different gripe 🙂