This week, our Travel pics series is I for Innisfail.

If the Water Tower (featured earlier this week) is one of the most visually striking symbols of Innisfail, then the Johnstone Shire Hall is the other.

Built in the 1930s, using depression-era unemployed and costing a then mammoth £50,000 ($4.6 million in today’s money), the Shire Hall is an impressive example of Art Deco, combined with local motifs.

The building (amd the council it houses) has come to represent the town – good and bad.

For example, the council has been so dysfunctional at times that it has had to be sacked by the State Government.

And the chief builder, Bill Van Leeuwin, rightly considered this one of his most inspiring legacies – but it also became his downfall. He was injured during its construction, and later died from those injuries.

Its stepped parapet facade is striking enough when the building is painted white – but add the current brown-and-gold tonings and its quite spectacular. (the current paint scheme was chosen when the hall was damaged by Cyclone Larry in 2006)

The inside of the hall is also quite impressive and staff are quite happy to show you around – they are quite proud of this building! 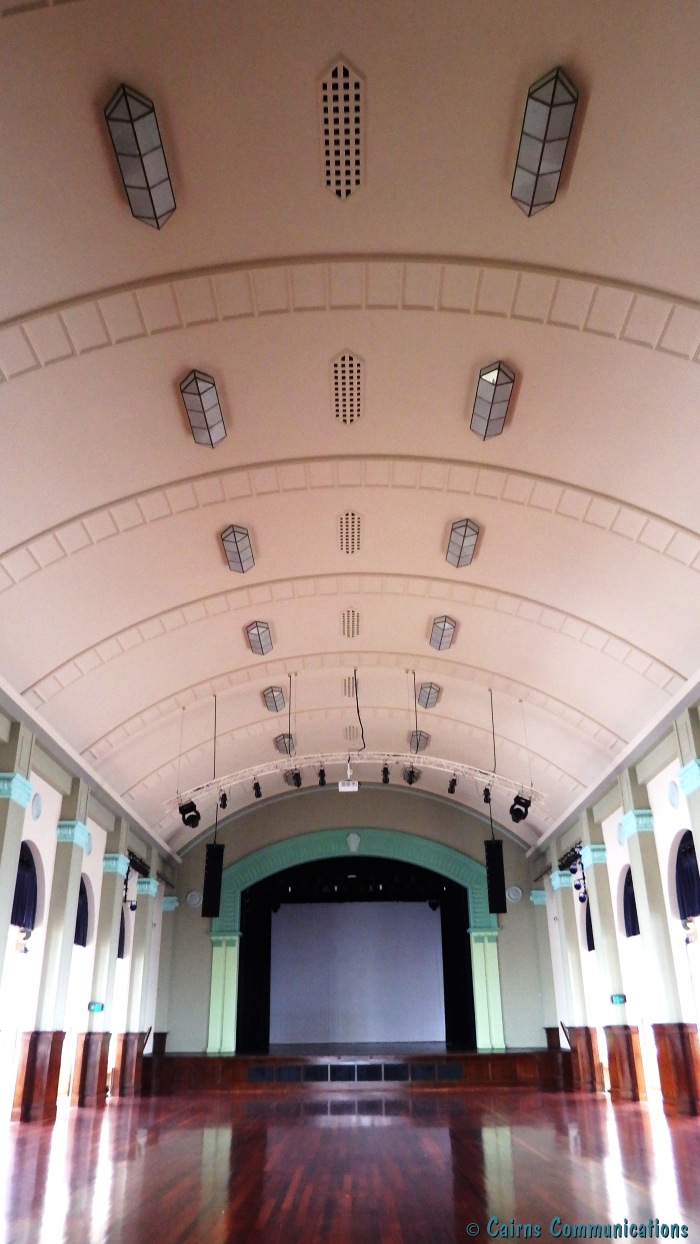