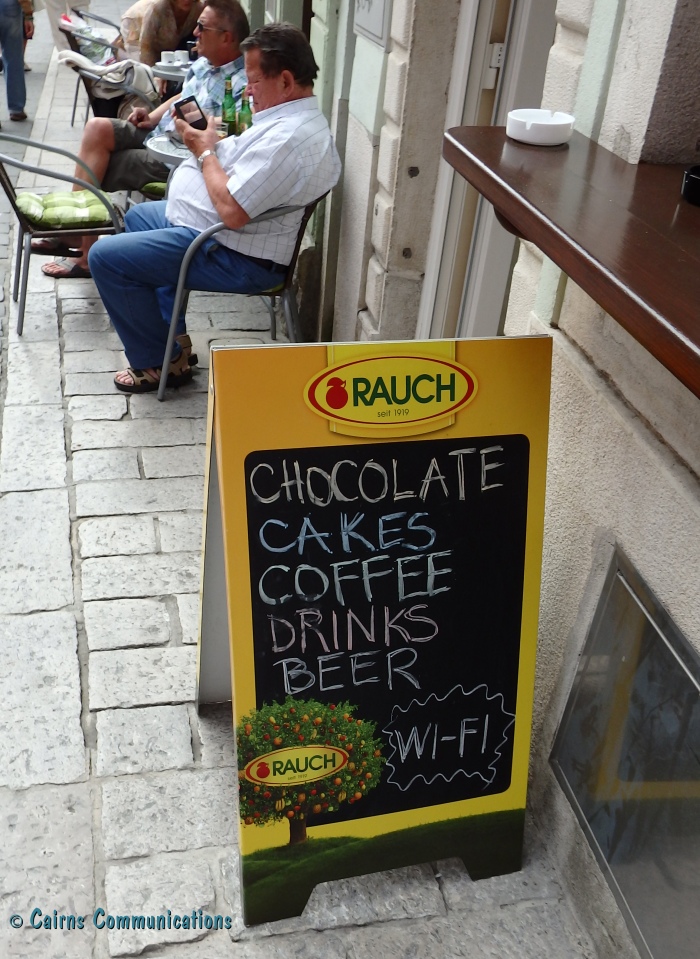 This week, our Travel pics series will be K for Koper.

And we’ll start with a sure-fire way to win your way into a 21st Century traveller’s heart!

Koper is a small port city in Slovenia – about 25,000 people, just across the border from Trieste in Italy.

Unlike its nearby Italian cousin, Koper is not a major tourist destination (although an increasing number of cruise-ships are visiting the city)

But because tourism is still a growth industry here, the city has a less ‘frenetic’ feel than other ports on the Dalmatian coast – like Dubrovnik, and Kotor.

But that doesn’t mean they are unaware of what gets tourists onside, No Siree Bob!

As we wandered around the town, we stopped in at a Pub, and a Bookshop, and Chocolateria, and a Cafe .. and they were all very friendly.

But I have to say, I almost laughed out loud when I saw this sign .. what more could we want than chocolate, and coffee, and cake, and beer – and most important, free wifi?

After the slow as molasses internet connection that you get on a cruise ship, free wifi is a godsend.